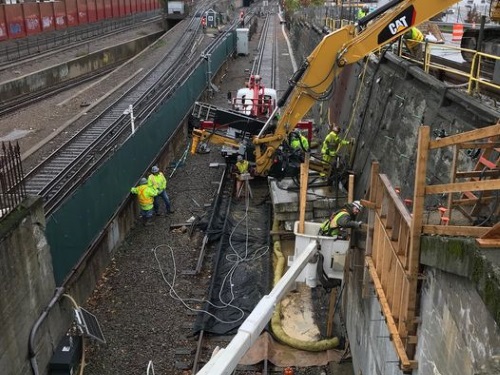 [Above photo by MBTA]

“When communities build new housing, retail, offices, and other construction near transit, they advance environmental justice and promote equity, particularly to underserved communities, by increasing access to opportunity and enabling and encouraging the creation and preservation of affordable housing,” she added.

FTA said it selected projects for TOD planning grants based on criteria described in its recent notice of funding opportunity, which also marked the first time it asked applicants to prioritize TOD in areas with high incidence rates of homelessness. Nearly 89 percent of the applicants selected for an award addressed homelessness within their planning proposals, the agency added.

The transit divisions of two state departments of transportation received TOD planning grants as part of the FTA’s fiscal year 2022 award cycle. Those are:

The $1.2 trillion Infrastructure Investment and Jobs Act, enacted in November 2021, provides a total of $68.9 million in funding for the FTA’s TOD planning pilot program through 2026, a 38 percent increase over the prior five years of funding.