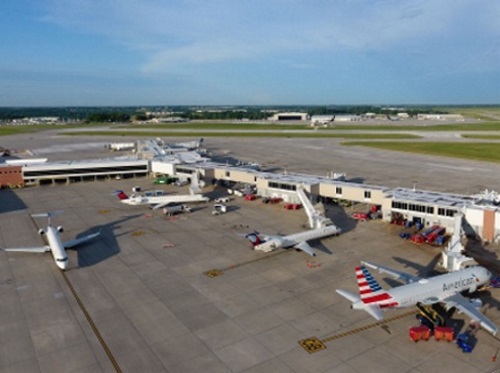 A new report from the Iowa Department of Transportation quantifies the aviation industry’s impact on the state’s economy and quality of life for its residents.

[Above photo by the Iowa DOT]

The report shows that aviation generates $6.4 billion in economic impact for Iowa every year, which includes $1.8 billion related to airport activity and $4.6 billion to businesses that produce aircraft components and other aviation-related services.

“However, the larger impact comes from the benefits users gain by having a strong aviation system that supports the movement of people and goods,” he added. “A healthy and vibrant system is an important component to Iowa’s friendly business climate.”

Other state departments of transportation have compiled similar reports detailing the value aviation brings to their respective regions as well as the support they provide to the industry.

For example, in August, the Illinois Department of Transportation released a new Illinois Aviation System Plan, identifying the short- and long-term needs and goals of the state’s airports and marking the first comprehensive study of its kind in more than 25 years.

That plan followed the release of Illinois DOT’s Illinois Aviation Economic Impact Analysis in December 2021, which found that the state’s airports annually contribute $95.5 billion to the state’s economy and support an estimated 492,768 jobs.

Several other state DOT studies – including ones from Georgia, Wyoming, and Alaska – show that airports function as significant “economic engines” as well as key mobility hubs.

Yet airports are also suffering long-term fiscal losses due to the COVID-19 pandemic. A report by the trade association Airports Council International–North America indicated U.S. airports would lose at least $17 billion between April 2021 and March 2022 due of the prolonged decline in commercial aviation traffic resulting from the COVID-19 pandemic.

Those losses are in addition to the $23 billion U.S. airports reportedly lost between March 2020 and March 2021 due to the business and personal lockdowns mandated in an attempt to stem the spread of COVID-19, the group added.