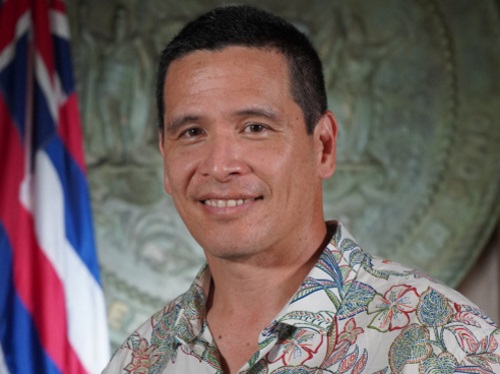 Among the first cabinet appointments made by Hawaii Governor-elect Josh Green (D) includes the naming of Edwin Sniffen (seen above) as director for the Hawaii Department of Transportation.

“I am assembling a cabinet that will move Hawaii forward and commit to a strong sense of service to [its],” said the governor-elect – who officially takes office December 5 – in a statement.

“This is a group of high caliber individuals with strengths in their respective fields,” he added. “They join together as leaders of Hawaii with an urgency to make change and face our challenges head on.”

In total, Governor-elect Green is making 20 appointments to director and deputy director positions across 14 state department, many of which – including the director of Hawaii DOT position – are subject to the advice and consent of the Hawaii State Senate.

Sniffen, who has served as the deputy director for highways within Hawaii DOT since January 2015, replaces Jade Butay, slated by the governor-elect to become director of the Department of Labor and Industrial Relations for Hawaii.

Sniffen is a recognized state department of transportation leader on the topic of resilience. He has served as the chair of the Committee on Transportation System Security and Resilience for the American Association of State Highway and Transportation Officials and has testified on Capitol Hill about a variety of infrastructure resiliency issues as well.

Moderated by David Sweeney, president and CEO of engineering and architectural firm RS&H, the panel explored how “resilience” is becoming a critical factor in extending the overall lifecycle of infrastructure assets while also hardening them against potential damage from both natural and man-made disasters.

That knowledge session also included Marc Williams, executive director of the Texas DOT; Will Watts, assistant secretary for engineering and operations at Florida DOT; and Aimee Flannery, a surface transportation analyst from the Office of the USDOT Secretary.