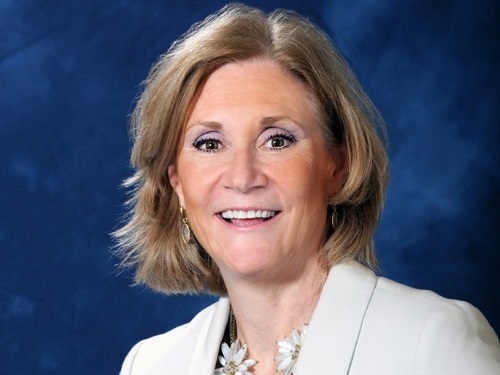 Governor Laura Kelly (D) announced on November 30 that Julie Lorenz (seen above) plans to step down as secretary of the Kansas Department of Transportation and chair of the Kansas Infrastructure Hub effective December 23. Calvin Reed, director of the agency’s engineering and design division, will serve as interim secretary.

“Julie has been a visionary transportation secretary, seeing infrastructure not simply as roads and bridges but as a powerful way to bring people together for the betterment of future generations,” the governor said in a statement. “I am thankful for her service to my administration and to all Kansans, and I wish her the very best.”

Lorenz – who will be returning to the private sector – has served as Kansas DOT secretary since January 2019. In addition to leading the launch of the Kansas Infrastructure Hub, she oversaw the creation of the Eisenhower Legacy Transportation Program; modernized the state’s highway system infrastructure for electrification; and created a safety division within the agency, resulting in a decrease of workplace accidents by 46 percent.

Lorenz also served on the board of directors and executive committee of the American Association of State Highway and Transportation Officials, chairing its Council on Aviation as well. In addition, she serves on several committees at the Transportation Research Board, including its executive committee, the governing board of the National Research Council, and the National Cooperative Highway Research Program panel on state DOT CEO-directed research efforts.

In October at the AASHTO 2022 Annual Meeting, Lorenz received the George S. Bartlett Award, given jointly by AASHTO, the American Road & Transportation Builders Association, and TRB in recognition of an individual who has made an outstanding contribution to highway progress.

She also spearheaded an effort dubbed the “Moonshot Project” within AASHTO to create a national “framework” wherein state departments of transportation could work “collectively and individually” to develop an over-arching vision for addressing the country’s mobility needs of the future.

“I want to thank Governor Kelly for the opportunity to serve Kansas,” Lorenz said. “I’m most proud that … we have rebuilt our infrastructure and modernized how we deliver transportation allowing Kansas to better seize opportunities and meet challenges now and in the future.”

Concurrently, Burt Morey – Kansas DOT deputy secretary and state transportation engineer – is also stepping down, retiring after a 30-year career in the field. Greg Schieber, the current director of project delivery, will become interim deputy secretary until the selection of a permanent replacement.