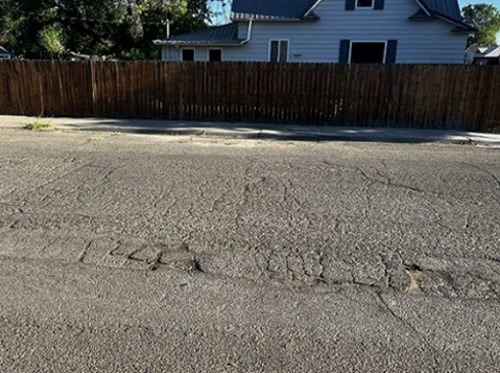 Some 27 small city projects across Oregon – including sidewalk construction, road pacing, and intersection improvements – are set to receive $6.1 million from the Oregon Department of Transportation via the agency’s Small City Allotment or SCA program.

The Oregon DOT added that it is increasing monies available for this round of small city program funding – earmarked for communities with populations of 5,000 or less – due to project cancellations because of high construction costs.

“Also, due to inflation, we increased the maximum award amount from $100,000 to $250,000,” said Oregon DOT’s SCA Program Manager Deanna Edgar in a statement. “That resulted in fewer awards, but these awards can really make a difference in today’s environment.”

The HB 2017 funding package passed by the Oregon legislature five years ago created the SCA program to help communities fix local roads that are inadequate for the capacity they serve or in a condition detrimental to safety.

To include as many cities as possible, the program does not require matching funds, Oregon DOT said.

State departments of transportation across the country provide fiscal support to local infrastructure projects through a variety of endeavors, including bridge-focused funding programs.

For example, the South Dakota Department of Transportation Commission is currently distributing $3.5 million in economic development grants for infrastructure improvements in smaller communities and agri-business development across the state.

Those grants pay for 80 percent of the construction costs, up to a maximum of $600,000, noted South Dakota DOT Secretary Joel Jundt in a statement.

“Those grants are just one of the many opportunities the South Dakota Department of Transportation has available to assist local governments in improving their infrastructure,” he explained.

“Without these awards, some of these communities would not have the financial ability to improve access to foster economic development and overall quality of life,” Jundt said.

That program aims to build partnerships between state agencies and municipalities to support local road and bridge projects, matching up to 50 percent of the construction contract costs for selected projects.

Through that program, the Maine Department of Transportation works in partnership with local officials to revitalize “iconic” village centers, while promoting pedestrian-, bicycle-, and business-friendly features that help promote a sense of community and economic opportunity.