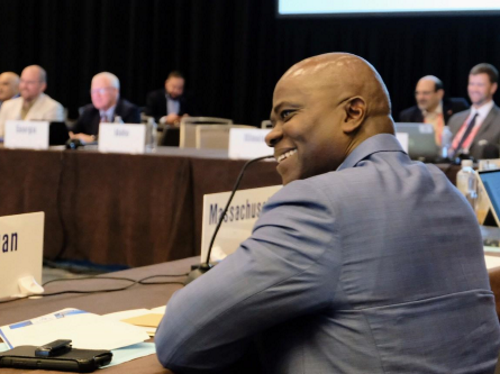 After a 31-year career, Paul Ajegba (seen above) – director of the Michigan Department of Transportation – plans to retire at the end of 2022. Governor Gretchen Whitmer (D) named Brad Wieferich to serve as acting director for the Michigan DOT once Ajegba steps down.

Ajegba – named Michigan DOT director in January 2019 – previously served as Metro Region engineer and as University Region engineer during his more than three-decade career at the agency.

During his stint in the University Region, Ajegba and his team helped guide the planning, design, and construction of several major projects, including the US-23 Flex Route project – a project that was one of the “Top 12” finalists in the 2018 America’s Transportation Award competition.