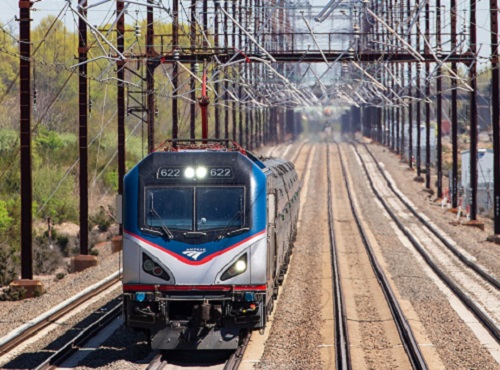 The Federal Railroad Administration has issued a “Notice of Solicitation and Funding Opportunity” to request project proposals for intercity passenger rail corridors as part of its Corridor Identification and Development program. Formal project proposals must be submitted to FRA by March 20, 2023.

[Above photo by the Amtrak]

The Corridor ID Program, created by the $1.2 trillion Infrastructure Investment and Jobs Act, will guide the development of new intercity passenger rail services and presents what the agency calls a “unique opportunity” for selected projects to receive support at any stage in the project life cycle, from planning stages to construction and implementation.

“FRA has received extensive interest from states, local leaders, and the public for intercity passenger rail service in their regions and communities, and the Corridor ID program will allow the federal government to help with the long-term planning and delivery of new passenger rail projects nationwide,” said FRA Administrator Amit Bose in a statement.

“We have an opportunity to support new intercity passenger rail corridors and develop a national strategy to make rail transportation more available and reliable, boosting economies, growing jobs, and creating new connections to move people and goods with ease,” he added.

The American Association of State Highway and Transportation Officials supports the Corridor ID program, though it emphasized in a March 2022 letter to FRA that state departments of transportation and state-designated rail entities should be the agency’s “primary partners” in establishing new passenger rail corridors.

“Given the existing [state DOT] role in managing rail systems, [they] should lead in the development of the pipeline of projects that will serve local and regional communities while fitting within an effective planning program,” AASHTO said in its letter.

The organization added that FRA should consult with state DOTs for developing rail network plans – especially where Amtrak intends to operate a new passenger rail corridor – and on the preparation of service development plans or SDPs since state DOTs hold “key expertise” in such matters.

“Furthermore, state DOTs should be consulted alongside parties responsible for the implementation of SDPs and the operational cost of proposed corridors,” AASHTO added. “FRA should encourage clear communication from parties developing proposals, as state DOTs should also be enabled to facilitate partnerships with stakeholder parties in the preparation of SDPs.”

In May, FRA began soliciting expressions of interest in the Corridor ID Program and received positive responses from states, transit agencies, and stakeholders in every major region of the country.

Going forward, FRA plans to use the Corridor ID Program as the primary means for guiding financial support and technical assistance towards projects that propose the establishment of new intercity passenger rail corridors or that improve upon existing services.