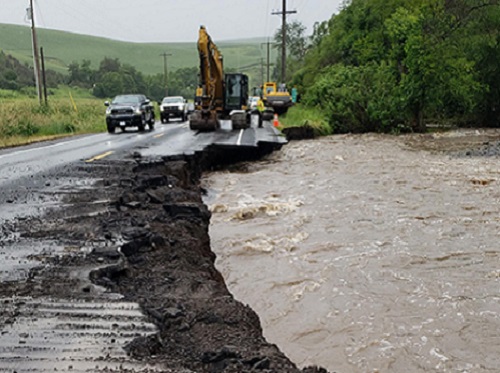 The Federal Highway Administration recently issued $1.3 million in Emergency Relief funds to the Idaho Transportation Department (ITD) as a down payment to offset the cost road and bridge repairs from heavy floods that struck North Central and Northeastern Idaho earlier this year.

That is in addition to the $3 million in “quick release” funds FHWA issued to ITD in July after heavy rains, followed by runoff and flooding, caused significant damage to roads in Nez Perce and Idaho counties in June.