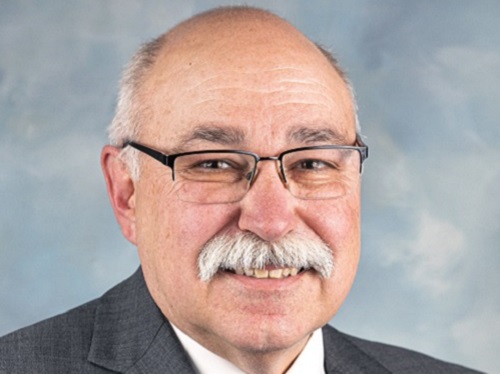 John Selmer (above) has officially retired as director of the Nebraska Department of Transportation – a position he’s held since March 2021.

[Above photo by Nebraska DOT]

In a statement, outgoing Governor Pete Ricketts (R) praised Selmer’s oversight of the Nebraska DOT, noting that he “helped make Nebraska’s highway system safer and more efficient, while also ensuring key repairs were made after a tumultuous time in the state’s history.”

That “tumultuous time” referred the Nebraska DOT’s efforts to help the state’s transportation system recover from the aftereffects of a 100-year flood event that occurred in 2019.

Selmer also oversaw the completion of the Lincoln South Beltway, an 11-mile east to west four-lane freeway south of Lincoln, as well as the completion of additional segments of the Nebraska Expressway System – including the groundbreaking of 18.5 miles between Scribner and West Point on Highway 275.

Selmer noted that it has been a “true honor” to lead the 2,000 employees of the Nebraska DOT.  “I am proud of them and the outstanding infrastructure system they built and maintain, so the traveling public can count on getting to their destinations safely and efficiently, to lend even more to the high quality of life we have here in Nebraska,” he said.

“Leading the Nebraska Department of Transportation has been the capstone of my career, and I will greatly miss being a part of this team,” Selmer added.