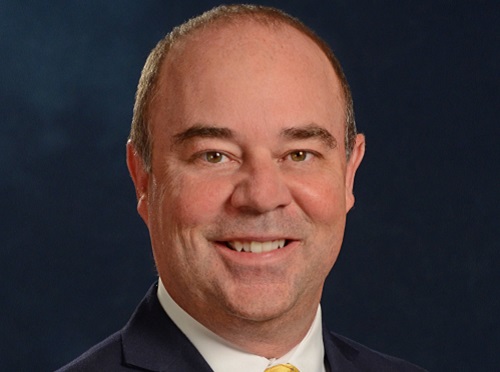 On January 5, the board of directors of the American Association of State Highway and Transportation Officials unanimously elected Craig Thompson (above) – secretary of the Wisconsin Department of Transportation – as its vice president.

[Above photo by Wisconsin DOT]

“AASHTO plays an important leadership role in America’s transportation system,” he said in a statement. “From delivering cutting-edge research to promoting highway safety to providing a platform for states to learn from one another, AASHTO’s services are vital to Wisconsin and to state transportation agencies nationwide. It’s an honor to be elected vice president.”

Governor Tony Evers (D) named Thompson – who has more than 26 years of experience working with Wisconsin businesses, communities, legislators, and units of government – as Wisconsin DOT secretary in January 2019. In April 2022, AASHTO appointed Thompson as chair of its Council on Water Transportation.

During his tenure at Wisconsin DOT, Thompson has spearheaded several safety, environmental, and tribal-focused initiatives.

For example, a report released by the Traffic Operations and Safety or “TOPS” Lab at the University of Wisconsin-Madison and funded by the Wisconsin Department of Transportation in April 2022 found the use of liquid brine in winter highway maintenance cleared roadways faster and at a lower cost, while providing for better vehicle traction and reducing salt buildup in local waterways.

“With salt cost continuing to rise, it is imperative we work together to optimize supplies and deliver the most safe and effective service possible for the taxpayer,” noted Thompson in a statement at the time.

“Liquid brine is a great example of how we strive to implement sustainable and earth-friendly alternatives during winter highway maintenance,” he added. “We applaud county highway departments across the state for using liquid brine to maintain and clear Wisconsin roadways faster.”

Thompson also worked to get former Green Bay Packer Wide Receiver Donald Driver to reprise his role in Wisconsin DOT’s annual “Click It or Ticket” seat belt safety campaign in May 2022 as well as with Milwaukee Bucks forward Bobby Portis on a traffic safety campaign in October 2022 aimed at reducing speeding and reckless driving behaviors statewide.

“Safety is at the center of what we do at Wisconsin DOT,” he noted at the time. “It means working cooperatively [and] sharing our resources, so that together we can be as effective as possible.”

His agency also launched in 2021 and effort to install dual-language highway signs in the native tongues of local Native American tribes, such as the Oneida Nation and the Menominee Indian Tribe.

“We are proud to deepen the longstanding cooperation between state and tribal governments,” Thompson pointed out regarding this highway signage program.

“Together we are fostering a stronger sense of place, and connecting travelers to history by sharing Native American heritage,” he added.

Thompson is a native of Racine, WI, and a graduate of the University of Wisconsin-Madison. He lives in Madison with his wife and they have a daughter and a son.