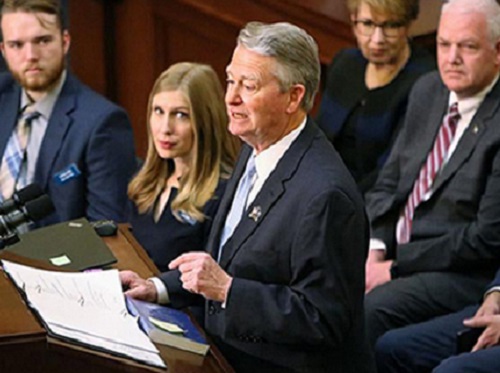 In his “State of the State” address to the Idaho legislature on January 9, Governor Brad Little (R) (above) said he plans to make major transportation investments statewide as part his proposed budget; an effort dubbed “Making Generational Investments in Critical Infrastructure.”

[Above photo by the Idaho Governor’s Office]

“Last year, we put nearly half a billion dollars into local roads, bridges, and airports. We took a major bite out of the backlog of deficient bridges that local governments have struggled for years to repair. And we did it without raising taxes or fees,” the governor said.

“That buys us not just property tax relief but safer roads, less drive time, and less congestion,” he explained. “Now I am proposing even more for local bridges and new, ongoing funding for transportation safety and capacity to build on our success.”

Gov. Little said his proposed 2023 budget builds off those previous investments with new funding endeavors, including: