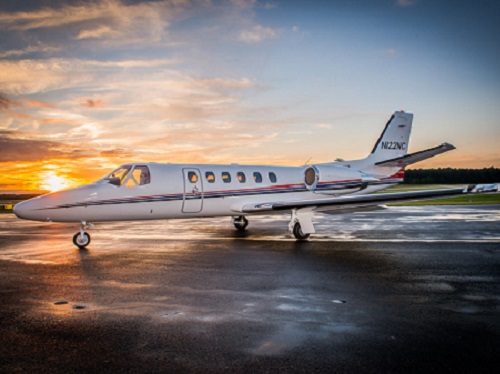 A new report issued by the North Carolina Department of Transportation finds that North Carolina’s 72 publicly owned airports contribute more than $72 billion to the state’s economy each year – 11 percent of the state’s total economic output – and support nearly 333,000 jobs.

Airports and aviation-related jobs also provide nearly $23 billion in personal income and contribute $3.7 billion in state and local tax revenues every year, based on 2021 data provided by the airports and Federal Aviation Administration.

That report – dubbed “North Carolina: The State of Aviation” and compiled by the North Carolina State University’s Institute for Transportation Research and Education – highlights the economic impacts of the state’s public airports and related aviation and aerospace assets that support North Carolina’s aviation economy.

NCDOT creates the report every two years to help guide future investment in aviation infrastructure and provide a tool for recruiting aviation and aerospace industry companies and investment.

Passenger service at North Carolina’s commercial service airports bounced back in 2021 to 56.9 million, which represents 80 percent of the state’s passenger traffic count in pre-pandemic 2019. More cargo flowed through North Carolina airports in 2021 than ever before — 1.3 million tons, up 22 percent from 2019 — driven by a major increase in durable good and online purchases by homebound consumers.

For instance, North Carolina’s public airports lease space to more than 4,000 private aircraft that generate more than $5.6 million in property tax revenues for their communities each year.

For example, in September 2022, New York issued $230 million in funds to nine upstate airports for revitalization projects that “reimagine and modernize” their respective facilities.

Elsewhere, the aviation division of the Louisiana Department of Transportation and Development unveiled a new program in 2022 aimed at boosting tourism to Louisiana airports, encouraging pilots and aviation enthusiasts to visit airports statewide.

Meanwhile, the Illinois Department of Transportation issued an Illinois Aviation Economic Impact Analysis in December 2021, which found that the state’s airports annually contribute $95.5 billion to the state’s economy and support an estimated 492,768 jobs.

Several other state DOT studies – including ones from Georgia, Wyoming, and Alaska – also show that airports function as significant “economic engines” for their respective territories, as well as key mobility hubs for businesses and residents.