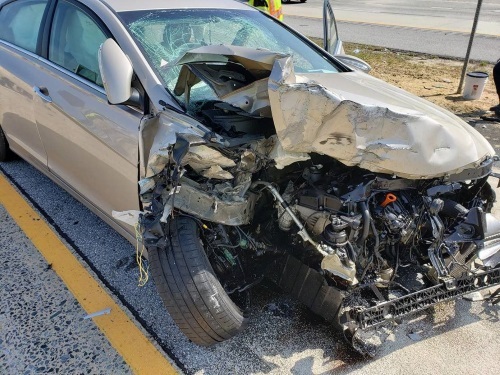 The National Highway Traffic Safety Administration estimates that 31,785 people died in traffic crashes in the first nine months of 2022 according to its latest projections, which is a 0.2 percent decrease as compared to the 31,850 estimated fatalities during the same time in 2021.

As a result, the estimated fatality rate for the first nine months of 2022 decreased to 1.3 fatalities per 100 million vehicle miles traveled, down from the projected rate of 1.32 fatalities during the same time in 2021.

While fatalities declined overall, fatalities amongst cyclists and pedestrians continued to rise.

“Fatalities have not increased for two quarters now, but we have far more work to do to save lives and address the crisis on our nation’s roadways,” said NHTSA Acting Administrator Ann Carlson in a statement. “We urge everyone to do their part by driving safely and watching out for others on the road, especially vulnerable road users like pedestrians, cyclists and motorcyclists.”

Concurrently, the agency released a new study showing that motor vehicle crashes cost American society $340 billion in 2019. That report – “The Economic and Societal Impact of Motor Vehicle Crashes, 2019” – examines the costs of one year of crashes that killed an estimated 36,500 people, injured 4.5 million, and damaged 23 million vehicles.

NHTSA noted in a separate statement that its new report draws on data from a range of crashes, including ones that lead to property damage, serious injuries and fatalities.

NHTSA’s research found that those not directly involved in crashes pay for roughly three-quarters of all crash costs, primarily through insurance premiums, taxes, congestion-related costs such as lost time, excess fuel consumption, and increased environmental impacts.

Altogether, traffic crashes cost taxpayers $30 billion in 2019, the agency said – roughly 9 percent of all motor vehicle crash costs. This is the equivalent of $230 in added taxes for every household in the United States.