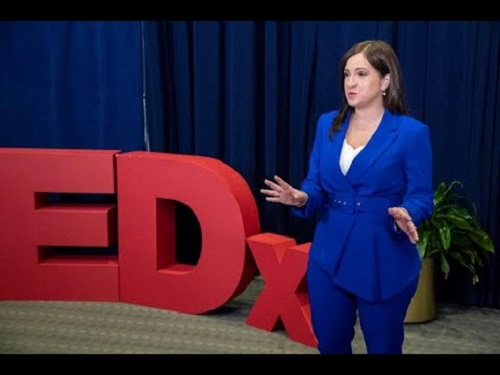 [Above image via TEDx River Oaks]

In the video, she explains how lessons learned as a child and her training as a civil engineer helped to prepare her for life’s challenges, including what she calls the “inconvenience” of cancer.

She interned at the Walt Disney World college program in Florida and NASA’s Marshall Space Flight Center in Alabama.

Vélez-Vega also worked for four years with the U.S. Army Corps of Engineers as a civil engineer and then for the North Carolina-based Kimley-Horn design and planning firm from 2006 until she returned to Puerto Rico in 2014, when she became Kimley-Horn’s vice president of business development on the island.

Vélez-Vega – who specializes in the design and construction for commercial and general aviation airports, as well as multidisciplinary projects and business development – became the first female secretary of the Puerto Rico’s Department of Transportation and Public Works in 2020.