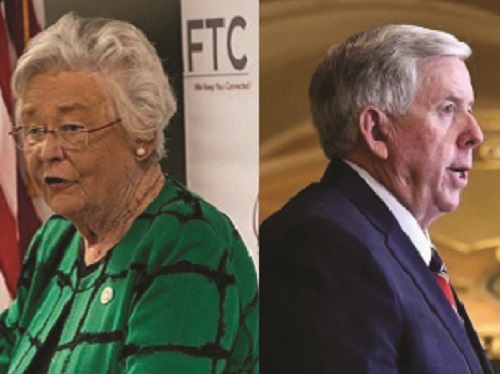 On January 12, Gov. Ivey said more than $40 million in state transportation funding is being awarded to cities and counties for various road and bridge projects. The funding comes from the Alabama Transportation Rehabilitation and Improvement Program-II or ATRIP-II, a program created by the Rebuild Alabama Act.

The Rebuild Alabama Act requires ATRIP-II to be an annual program setting aside a minimum of $30 million off the top of Alabama Department of Transportation’s share of new gas tax revenue for projects of local interest on the state highway system.

The state has now awarded more than $140 million in state transportation funds under ATRIP-II since the program’s creation in 2019, the governor said.

“I am proud to announce the largest round of local funding since the passage of the Rebuild Alabama Act as I close out my first term and gear up to begin the next four years,” Gov. Ivey noted in a statement.

“Our decision to address Alabama’s infrastructure challenges is paying major dividends in several vital areas, and I am thrilled to continue building on this momentum by moving forward this year’s projects,” she said.

Roughly 33 local projects shared in the $40 million worth of state transportation funding issued via this round of ATRIP-II awards. Of those projects, 18 were from cities and counties that contributed more than $7 million in local funds – though the governor noted that, under the ATRIP-II program, there is no requirement that local governments put up matching funds to be eligible.

“Our Transportation Cost-Share program provides an innovative opportunity to leverage public and private investments to strengthen Missouri’s infrastructure and boost workforce development across our state,” the governor noted in a statement.

“The number of applications demonstrates that these partnerships are not only of great interest but of great benefit to Missourians,” he added. “While there are many unfunded transportation needs remaining across our state, we’ve come a long way and are committed to doing more.”

He also called on the Missouri General Assembly to back his plan for a “generational investment” in the I-70 corridor.

His plan invests $859 million and expands the highway to six lanes from St. Louis to Warrenton and from Kansas City to Odessa, while extending both East and West from Columbia. I-70 is one of the most traveled stretch of highway in Missouri, and the governor’s plan would “improve inter- and intra-state travel for Missourians, visitors, and goods and services as well as reduce traffic injuries and deaths.”

“For years, congestion, traffic accidents, and delays have become serious issues for commuters on I-70. Not only are we concerned for motorist safety, these inefficiencies are costly to our state’s economy,” Gov. Parson said in his address. “To those who say we can’t afford it, I say we can’t afford not to. This is a once in a lifetime opportunity, and the time is now.”