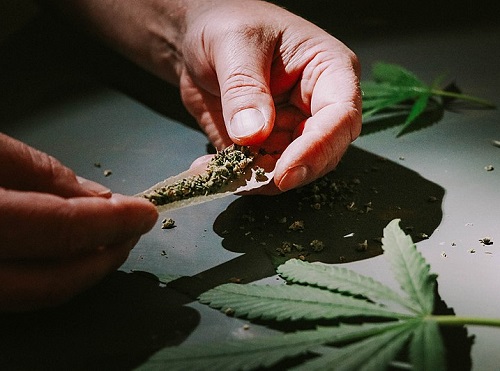 A new report issued by the National Transportation Safety Board calls on federal and state agencies engage in “new actions” to address the continuing problem of impaired driving, including from alcohol, cannabis (seen above), and other drugs, as well as well as multiple drug use.

[Above photo by Elsa Olofsson]

That report – issued in December 2022 – examined the crash risk associated with different drugs, including alcohol, cannabis, prescription, over-the-counter and other drugs — and the prevalence of their use among drivers. The report also makes recommendations aimed at preventing crashes caused by impaired drivers.

“Impaired driving leads to tragedy every day on our nation’s roads, but it doesn’t have to,” said NTSB Chair Jennifer Homendy in a statement. “To create a truly safe system — one where impaired driving is a relic of the past — states and federal agencies must implement our recommendations, and fast. Further complacency is inexcusable.”

[Editor’s note: Homendy addressed the larger issue of reducing roadway deaths to zero – of which eliminating driver impairment plays a role – during her keynote speech at the 2023 Transportation Research Board Annual Meeting in Washington D.C.]

Recommendations in the report include:

The report also highlights that current testing practices and protocols need to be improved to both better detect a driver’s drug use and accurately report the prevalence of drug-impaired driving. For example, many jurisdictions halt testing when a driver’s blood alcohol concentration is over a certain threshold, losing valuable information on other drugs the driver may have used.

Additionally, a lack of standardized drug testing and reporting hinders understanding of the issue and the development of policies that can reduce impaired driving, as well as treatment options for those with substance abuse disorders.

“We’ve long known about the devastating impact of alcohol-impaired driving, but this report shows that impairment from other drugs, especially cannabis, is a growing concern that needs to be addressed,” noted NTSB Member Tom Chapman.

NTSB’s report mirrors findings from a report issued by the AAA Foundation for Traffic Safety in December 2022 that showed unsafe driving behavior – including speeding, red-light running, drowsy driving, and driving impaired on either cannabis or alcohol – increased significantly from 2020 to 2021.

It also echoes the findings of a new study released by the National Highway Traffic Safety Administration in December 2022 that highlights the “pervasiveness” of alcohol and drug use in serious and fatal crashes involving drivers, bicyclists, and pedestrians.